That’s one huge title. In this article, he’s talking about living in “an entirely different world.” There isn’t a whole lot more to say on this subject, for me. Simply put, I admire the obvious realization that no two days are the same. So, each performance by Bob Dylan was an original.

My interest in Bob Dylan was piqued by something I heard him say on television. The gist of it was that he could not possibly write today in the same way he had written in the past. My vague recollection is that he said something like: “Try to write that.” I took that to mean that some of his writing was divine inspiration. You cannot just crank out good songs, great lyrics, poetry that can be set to music. Some of this good stuff just flows through you.

I wish I had more to say. That is all. 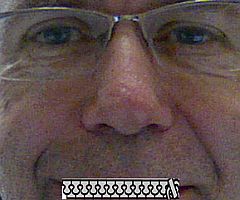 On Knowing and Trusting

There is so much joy in silence. The pause that draws attention to you from your audience allows for time to think. What will you say next? Where is that one word from your immense vocabulary that will perfectly convey a concept? It’s coming – just wait.

What the heck is he doing? He’s supposed to be speaking, but it’s so startlingly quiet right now! He’s pacing, he’s smiling, he’s looking into the audience, but he hasn’t said anything for like, forever! How long can we endure this tortuous peace?

And then it comes to you.

Perspicuity pervades the outpouring of verbosity.

It was worth it. It was worth the time and effort and insufferable silence we all experienced together, just so we could hear you say exactly, precisely, what it was you wanted us to know now.

Use your words. This is good advice. You only need to know the ideas, the concepts you intend to put forth. If you haven’t written every last word of your speech and practiced it, you may not know what you are going to say. Knowing what you mean and trusting that the words are available (and accessible) to say it, are just as important.

That’s all I’m trying to say.