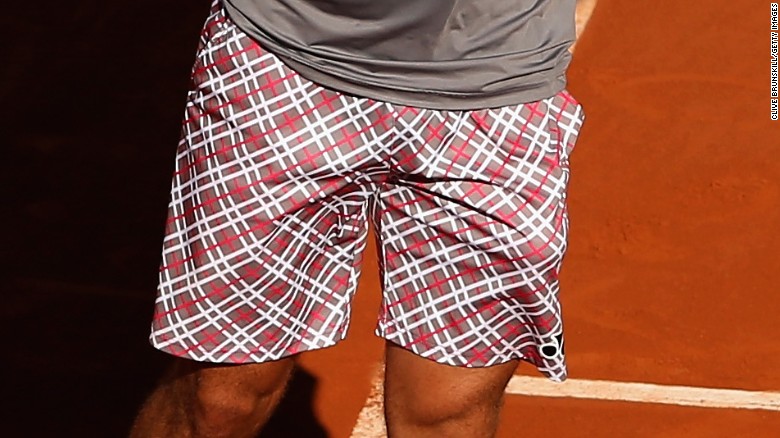 This will be a “short” article, as that’s where people on Twitter seem to have focused their attention this morning…. (French Open 2015: Stan Wawrinka’s shorts become talk of Twitter – source: http://edition.cnn.com/2015/06/08/tennis/stan-wawrinka-shorts-french-open/)
How very APROPOS!

Commentary on television: “He ended three times as many points as Federer.” This was said after they showed stats on the winners and unforced errors on the two players (Djokovic and Wawrinka) battling for the championship in the French Open. Ending points with winners or errors says lot about a player.

The point was made that unforced errors combined with winners is an important factor in determining the outcome of the match. GOING FOR IT is incredibly important! I was reminded of Gretzky’s, “You miss 100% of the shots you don’t take.”

Further research yields stats on guys like Jordan and Ruth. Even Lincoln was a failure for many years and used this phrase in his most famous speech: “The world will little note, nor long remember what we say here….” There’s more to say on this, but I promised to keep it short.